Lehigh Hanson Participates in North American Concrete Alliance Fly-In
When autocomplete results are available use up and down arrows to review and enter to select.
< Back to News
04.29.2022 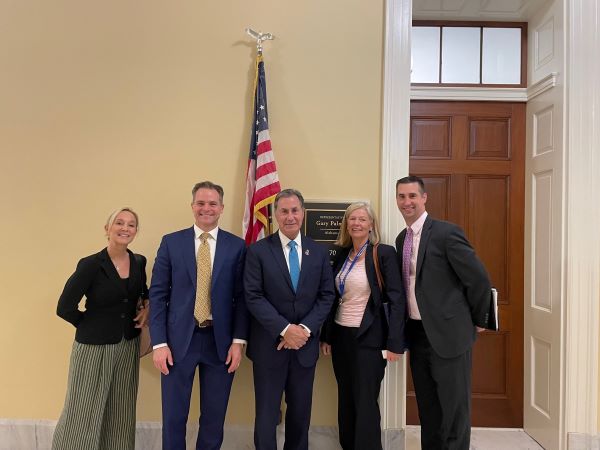 Lehigh Hanson participated in the North American Concrete Alliance Fly-In on April 26 and 27, 2022 in Washington DC. Led by the Portland Cement Association and National Ready Mixed Concrete Association, this marked the first return to in-person meetings on Capitol Hill for NACA since 2019.

It was great to have folks together for engaged and robust discussion on the implementation of the landmark Infrastructure Investment and Jobs Act, which was signed into law this past November, as well as other critical policy areas for the Company and industry.  Altogether, 112 meetings with congressional offices in both the Senate and House of Representatives gave participants the opportunity to advocate for continued investment in workforce development, sustainable and resilient construction with cement and concrete, and the policy levers that will be critical as the company pushes forward on the industry’s Roadmap to Carbon Neutrality.

“It was a productive and busy time and well-worth the effort for our folks to spend time with those who represent us in Washington,” said David Perkins. “These are but one part of the overall approach to effective and productive advocacy, which is something that every one of our employees can be a part of:

The Lehigh Hanson team looks forward to inviting these members and others to visit our facilities in their districts where they can get a closer understanding of the critical actions we take each and every day to build the nation’s future.